The Birth of Raeven 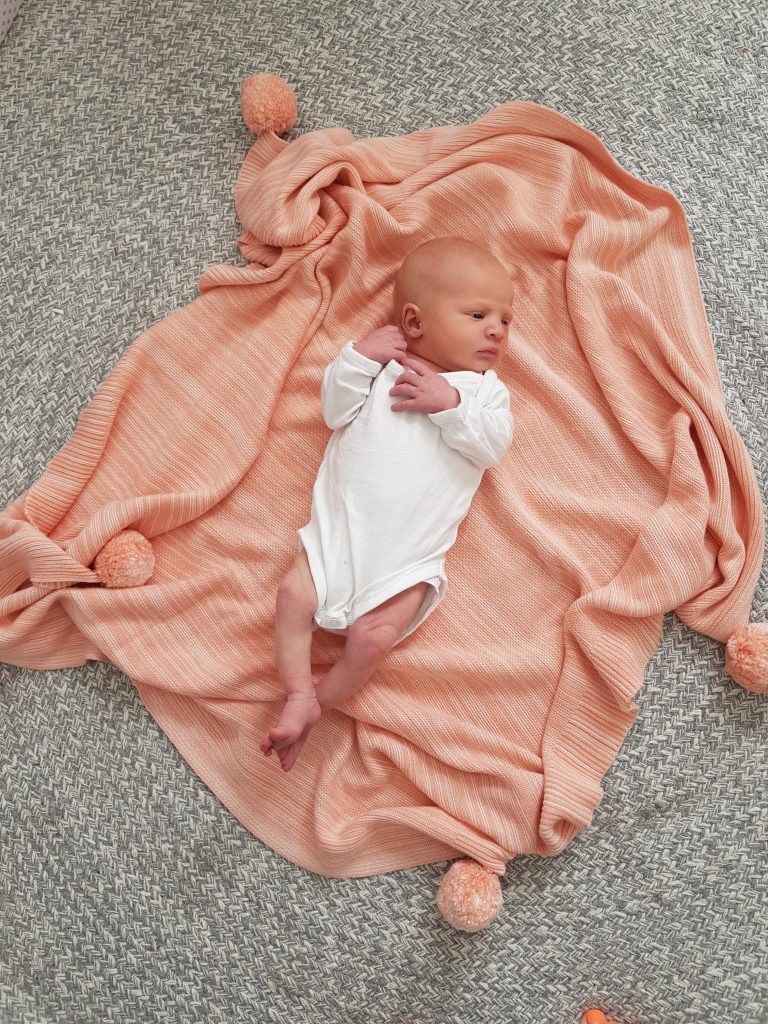 “I experienced a very long 19 hour posterior back labour and 2 hours of pushing  with Eli (our first born), where we went to the hospital 3 times in one day, which ended with all of the drugs/interventions I could get my hands on (I almost made it to a c-section). I walked away feeling disappointed…. which is absolutely ridiculous and still not something I can really explain. I felt unfulfilled and, what I realised later, a little traumatised. I decided this birth (being my last) would be different.

Our beautiful Raeven (Rae) gave me everything I was hoping for. Our little girl arrived at 40+1, after a 4 hour active labour with 7 minutes of stage 2 labour into an amazing water bath, surrounded the most perfect birth team. My sister (who was at the birth along with Michael) described it best, as a “home birth in hospital”.

We were in a room away from the usual hustle and bustle of the hospital. I never saw a monitor or machine, and the midwives physically felt and timed my surges with their hands and only used a Doppler to check on bubba. When we got to hospital at 1:15pm I was having three surges every 10 minutes, but I was coping really well. I saw the midwife later who admitted me and she said she didn’t expect to see me on the ward with a baby that day as I was coping too well.

My surges were almost on top of each other and I had gotten in the bath before my head midwife realised no one had checked my progress… so she got me out, checked me and gave me a good sweep to release some helpful hormones. Karen didn’t tell me and I didn’t ask but I later found out I was only 4cm dilated but my cervix was paper thin… if she had told me at the time I would have 100% given up as it was very intense at that point…

I got straight back in the bath and after some very comical situations we had our baby girl within 40 minutes of that check at 4:20pm. The time after we had her was so beautiful, there was no rush and everyone was joining in our baby bliss. The whole experience was incredible, we felt supported and heard, and we had the most special team!”

“After lots of research Bec from @themindfulbirthmovement fell in my lap and before even walking in the door I knew she had me. We were sitting in her clinic 2 days later with the most beautiful bunch of people learning how to breath our baby into the world! After the first session Michael and I were both so excited. He had gotten more from that 2.5 hours than he even got from our own first birth! (Without anything else this was priceless to me)

The HypnoBirthing Program is something I will now 150% recommend to everyone! Although I wouldn’t say I “hypnobirthed”, I used a lot of the practices, techniques and ideals we learnt with Bec.

I have walked away from the birth of our little girl feeling complete and positive and almost wishing I could do it again. I would almost go as far as to say I enjoyed it!”

PrevPreviousA HypnoBirth Like No Other…
NextA 3-hour BirthNext
Copyright © The Mindful Birth Movement, 2021. All rights reserved.
Website made with